Halloween is here and we have a video to go with it! It’s created by Creative Works, which is probably no surprise if you’ve seen a few of our videos in the past, but this time you’ll meet a pole dancer who has not appeared on this blog yet.

The dancer is Anna Nikulina, a world-class pole dancer who has developed an unmistakable style, likes unorthodox and experimental pole tricks and has also come up with a few new tricks herself, which is truly admirable. She moved to the Czech Republic 10 years ago but she’s originally from Kazakhstan, she has been doing pole dance full time since 2011 and teaches pole dance in Firefly studio in Prague if you want to learn something new :). So far she has won many pole competitions – European Championship of Aerial Acrobatics, Pole&Me in 2017, Pole Theatre Hungary and Pole Theatre Greece in 2017 and she was a Pole Theatre World 2017 finalist, to name just a few and after we’ve seen her in action, we can confirm that she’s truly amazing – talented, hardworking and will always incorporate something original into her dance. 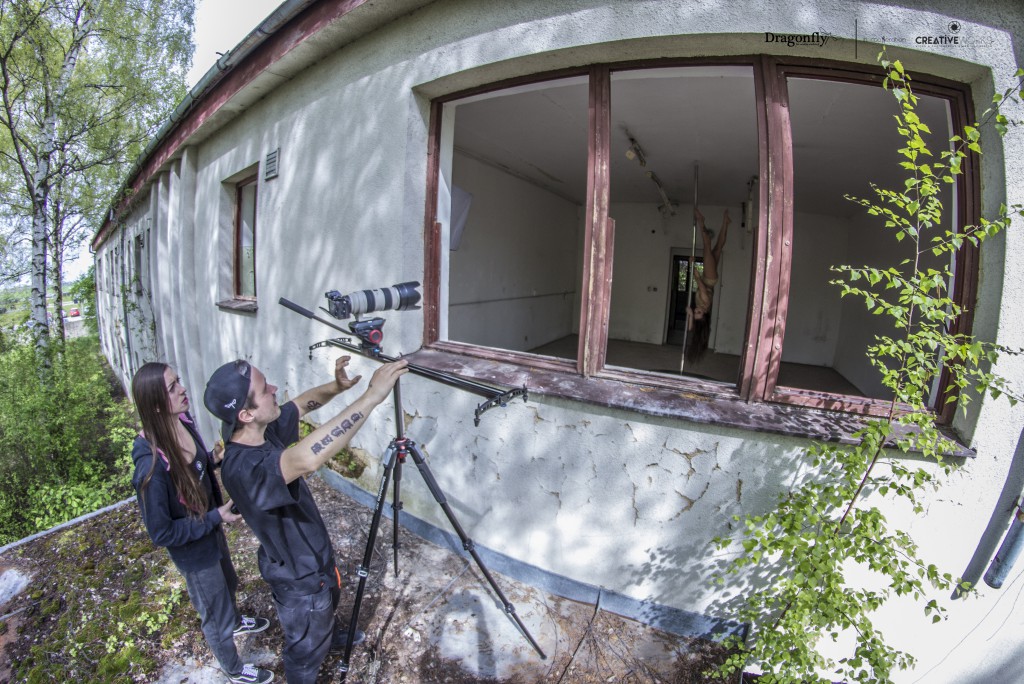 Tamara and Ondra know Anna’s style and when we asked them to say a few words about the collaboration, they said: “Her style is really unique, which you’ll know if you’ve ever seen her dance. Therefore, we wanted to create something just a little bit crazy and unusual.”

And they definitely did – what they came up with was a horror theme but with playful details. What Anna enjoyed the most was standing on the ceiling and running around the house like a slightly psychopathic girl, she definitely was up for anything uncommon and interesting.

Watch the full version here. Although it might not seem like it, it took us eight hours to shoot this video and the location was not exactly “filming-friendly” – Tamara and Ondra needed to shoot a few scenes from an adjacent roof, which was quite unstable (well, the whole building was unstable) and most of the time there was an intense airsoft battle going on so definitely interesting surroundings. If you want to see how shooting in a place like that looks, here’s a short backstage video. The place where they were shooting are the former barracks, perfect place for our video! How do you like the music? You can find it under the name Creative Tunes – Scary Lullaby.

And since it’s just in time for Halloween so maybe it will inspire you when choosing your Halloween costume – Anna is wearing new Lisette halter neck top in nude color and Hot pants nude :).
Follow her on Instagram for more pole videos, follow our Facebook to be the first one to know what’s new and don’t forget to check out other videos by Creative Works.