Geisha limited edition is here! We’re so happy to show you our new limited edition we named Geisha and which is out just in time for summer workouts. Now let’s talk a bit about the story behind this edition and the backstage of the shoot :). 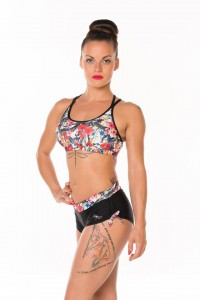 When we were thinking about the pattern for our new edition, we wanted to use the flower motif but didn’t want it to look too cheesy so we came up with the print you can see in the pictures – colourful, slightly abstract and yet decent. Looking at it now, it even kind of looks like a tattoo, don’t you think?

In the pictures, you can see Lucie Loo Simkova, who is the face of this limited edition. And it’s a match made in heaven because guess what she has tattooed on her chest… yep, you’re right, it’s a dragonfly! She also has a geisha tattooed on her back so it is only fitting she is wearing the Geisha edition.

The pictures were taken by our favourite Arina Anira but this time we chose a very different setting. We were shooting in the art studio in Prague on a simple white background because we wanted the print and the tattoos to stand out and for the pictures to be quite sleek.

As for Lucie Loo, she’s been doing pole dance for over six years now, she’s won the Czech Pole Dance Championship in 2013 and competed in the “Czechoslovakia’s Got Talent” TV show or World Pole Dance Championship in England a four years ago to just mention a few of her successes. She performs at pole shows and is also a pole dance instructor so you can attend one of her workshops if you like her style :). She’s also started focusing on bikini fitness (we honestly don’t know where she takes the time and energy to do everything she does, it’s incredible!) and she’s doing very well so far! 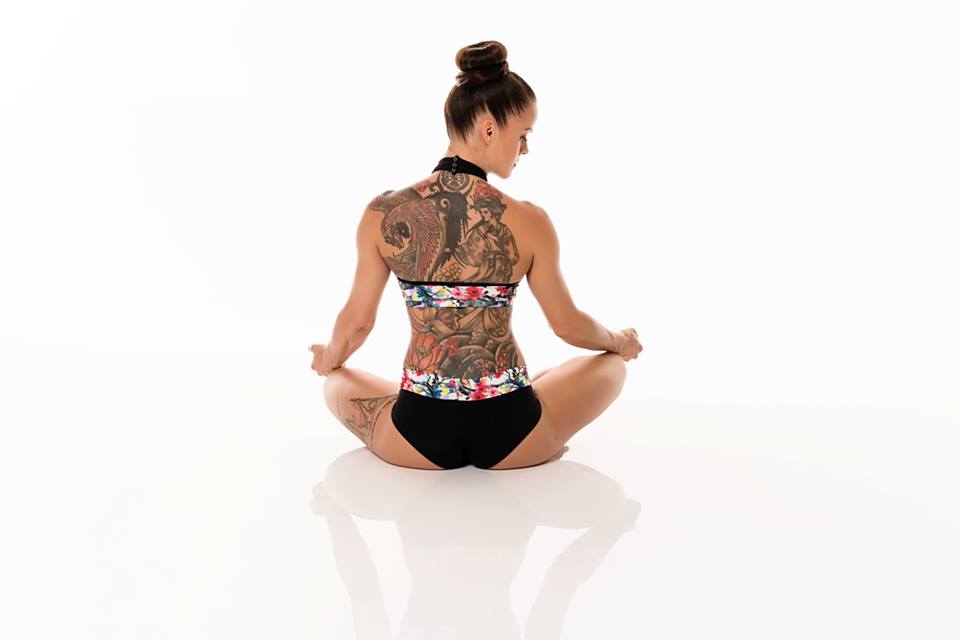 Anyway, we’ve known Loo for some time now and she’s an absolute sweetheart. She’s up for anything when it comes to posing for pictures, she’s funny and also extremely hard-working so it’s was an absolute pleasure to work with her on shooting the limited edition.

We wish her all the best on her pole dance and bikini fitness journey, all her hard work deserves appreciation! Check out her Facebook or Instagram and say hi from us!

Over to you – what do you think of our new limited edition? Are you going to add it to your summer workout outfits? And what pieces have made it to your favourites so far? Let us know in the comments!